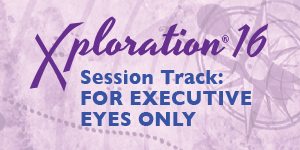 Kids know it instinctively: think of how they build a fort in the backyard. They don’t need to elect leaders because leaders emerge. They don’t need to assign tasks because everyone knows what they are good at. The task becomes all-consuming because that is part ofthe fun. Cooperation is a given. As adults we need to relearn this. Empowering a group is the job of the “scrummaster” the person that clears the roadblocks and encourages participation. Roleplaying, conflict resolution and guarding against “game show host” personalities are all part of the gig. John Lynch has led some impressive teams and he brings decades of learning to Xplor.

This session on leadership in the agile software world is designed to help teams:

About the Presenter:  John P. Lynch first spoke at Xplor in 1993 and has presented many times. He was on the team that developed Flex Server that printed off the mainframe. Later, he was knows as “the Streamweaver Guy” and later built a workflow monitor called Siteview with a team that was contentious, productive and proud. He became an Agile consultant and is now the VP Technology and Regional Manager of Compart North America, where he has used the techniques he discusses here to form a new crack squad.

Electronic Document (BOK): What is a Transaction Document?
Scroll to top